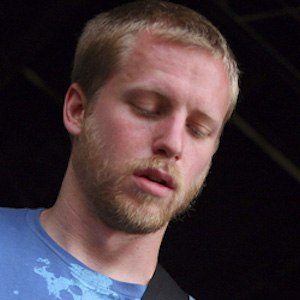 Musician who became the guitarist for the rock band Circa Survive.

He has toured as a member of Circa Survive with major bands Coheed & Cambria and Dragonforce.

He gifted his nephew his first ever guitar.

He has cited Roger Waters of classic rock band Pink Floyd as a musical influence.

Brendan Ekstrom Is A Member Of