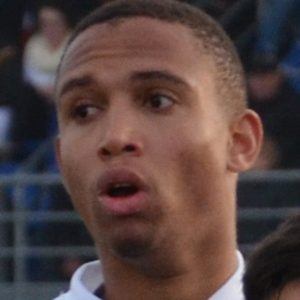 Soccer defender who is best known for his tenure with the English Premier League club Everton. He began his tenure there in 2014 after signing a five-year contract earlier that year.

He has played for England's U-17, U-18, and U-19 national teams. He has international soccer eligibility to play for either Zimbabwe, his birth country, or England, where he was raised.

He was born in Harare, Zimbabwe, and emigrated to England with his mother at age 6.

He has played for Everton's manager Roberto Martinez beginning in his debut 2014-2015 season.

Brendan Galloway Is A Member Of