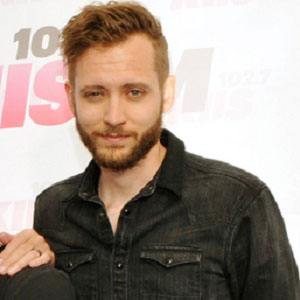 California-born musician best known as the bassist and cellist for the band OneRepublic.

He took up cello partly because he would face less competition than if he chose to play violin.

He had a cameo in the 2008 Jessica Alba-starring film The Eye.

Both of his parents were excellent pianists.

He and Zach Filkins have both been members of OneRepublic.

Brent Kutzle Is A Member Of