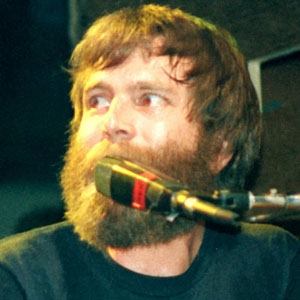 One of four keyboardists who performed with the Grateful Dead, he played with the band for over a decade and also wrote several of the group's hit songs, including "Easy to Love You" and "Hell in a Bucket."

Prior to his involvement with the Grateful Dead, he formed a country rock group called Silver that released one 1970s hit song, "Wham Bam."

Tragically, he died of a drug overdose at the age of thirty-seven.

Born in Germany to American parents, he spent his early childhood in the San Francisco, California area and attended high school in Los Angeles.

During the early 1980s, he collaborated with fellow Grateful Dead member Bob Weir on a second music project called Bobby and the Midnites.

Brent Mydland Is A Member Of