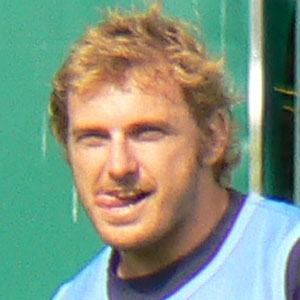 Fan favorite utility back who has played professionally around the world, including South Africa, England, and France.

He joined South Africa's national rugby team when he was just 22-years old.

Despite being immensely talented, he is often used as a fill-in player because of his incredibly versatility.

He was born in Port Elizabeth, South Africa.

He is one of South Africa's most notable rugby stars, along with players such as Cecil Afrika.

Brent Russell Is A Member Of