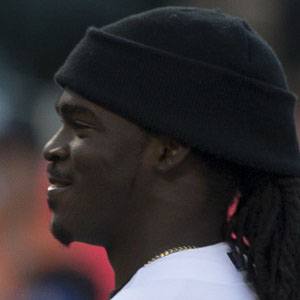 Wide receiver who was selected 26th overall in the 2015 NFL Draft by the Baltimore Ravens. He was previously a star receiver at the University of Central Florida, catching 115 passes for 2,243 yards and 16 touchdowns across his collegiate career.

He played high school football at Arabia Mountain High School in Lithonia, Georgia. In 2010, he was named MVP of the Elite One Performance Football Camp.

He scored a game-winning 51-yard touchdown in his final conference game at UCF against East Carolina.

He was college teammates with quarterback and fellow first round NFL draft pick Blake Bortles.

Breshad Perriman Is A Member Of