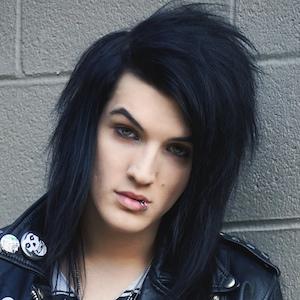 Former lead vocalist of the Rock n' Roll band The Relapse Symphony, who is notorious for his unpredictable live performances. The band later parted ways amicably in 2016. In 2017, he embarked on a new project called Heathens.

He wanted to be a musician from the time he was five years old, learning to play the drums as his first instrument. He started The Relapse Symphony in 2012.

He is an active artist in painting and graphic design as well.

He was born in Seaford, Delaware.

He is joined by guitarist J.C. Charles in The Relapse Symphony.

Bret Von Dehl Is A Member Of