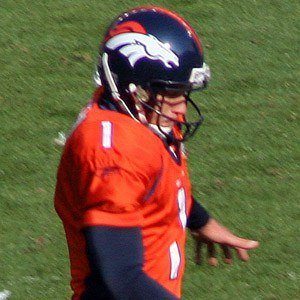 NFL punter who played nearly two season with the Denver Broncos before being signed as the starter for the the Tennessee Titans in 2009.

He was a finalist for the NCAA's top punting honor, the Ray Guy Award, in 2007 with the University of Toledo.

He had an impressive start to his career by once having the third highest per punt average in NFL history.

His father Cal Kern is an amateur baseball team owner.

He had his first career 64-yard punt against Philip Rivers and the San Diego Chargers in 2008.

Bret Kern Is A Member Of