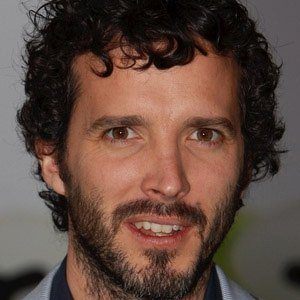 Award-winning comedy singer and occasional actor who is one-half of Flight of the Conchords alongside Jemaine Clement. The duo is known for songs like "Feel Inside (And Stuff Like That)."

He met bandmate Jermain Clement as a student at the Victoria University of Wellington.

He won an Academy Award for Best Original Song for "Man or Muppet," a song featured in The Muppets in 2011.

He has two children named Leo and Vita with Hannah Clarke, whom he married in 2009.

He has a role in The Hobbit films alongside Hugo Weaving.

Bret McKenzie Is A Member Of