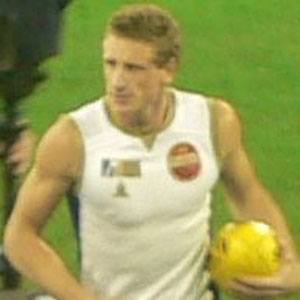 Australian rules footballer who played his entire professional career for his hometown Adelaide Football Club and was their leading goal-kicker in 2002 and 2008.

In 2010, he was named president of the AFL Players Association.

He grew up with his family in Adelaide, Australia.

His nickname as a player was "Birdman," which is the same nickname as 2013 NBA champion Chris Andersen.

Brett Burton Is A Member Of