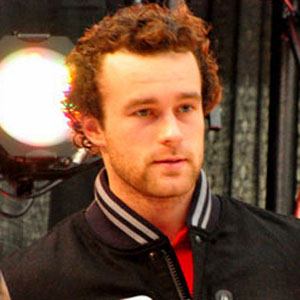 Right winger who began his NHL career with the Tampa Bay Lightning in 2011. He won a gold medal representing Canada at the Ivan Hlinka Memorial Tournament in 2009.

He grew up in Prince George, British Columbia and played for his hometown team, the Prince George Cougars, in 2007.

He won the Jim Piggott Memorial Trophy as the best rookie in the Western Hockey League for the 2008-09 season.

His parents are Pat and Dawn Connolly.

He and future Edmonton Oilers player Ryan Nugent-Hopkins are both winners of the Jim Piggott Memorial Trophy.

Brett Connolly Is A Member Of