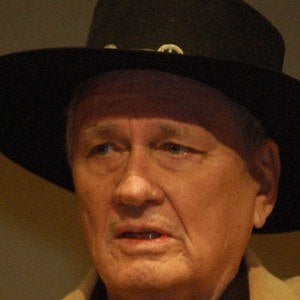 B-movie actor who portrayed John Abbott on The Young and the Restless from 1980 to 1981. He also appeared in the 1959 film, Return of the Fly, and the NBC spy show, Five fingers.

He was born in Santa Ana, California, and worked as a page for CBS Television studios.

He married his first wife, actress Renate Hoy, in 1954, and they had two children. He later had three children with two other women.

Jack Benny introduced him to the head of Universal Pictures, who kickstarted his career.

Brett Halsey Is A Member Of