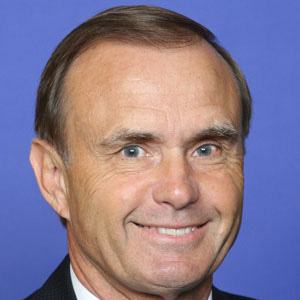 Republican politician who became a Member of the U.S. House of Representatives from California from 2006 to 2013. He was popular amongst conservatives for his hardline position on illegal immigration.

He made his first splash in politics by becoming Mayor of his hometown of Imperial Beach, California.

He won his congressional seat in a special election that came as a result of a bribery scandal involving his predecessor.

He got married to Karen Bilbray; the couple has five children.

He is a Republican in the House of Representatives, not unlike Ron Paul.

Brian Bilbray Is A Member Of