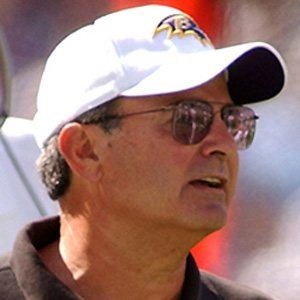 Head coach of the Baltimore Ravens from 1999 to 2007 who led the team to victory in Super Bowl XXXV.

He enrolled in the Air Force Academy, but found his his 6'5" height excluded him from flying fighters.

After retiring from coaching, he authored a book about the NFL and began calling games on TV.

His parents raised him in Fairborn, Ohio.

Brian Billick Is A Member Of