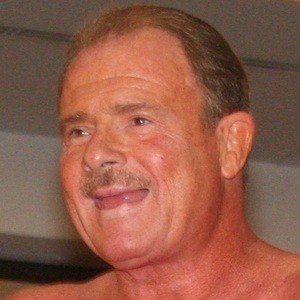 American former professional wrestler known by his stage name B. Brian Blair. He was part of the wrestling tag team The Killer Bees.

He was passionate about wrestling as a child and bulked himself up by playing football in high school. He attended the University of Louisville on a football scholarship and began training as a wrestler in 1977.

After his retirement, he became County Commissioner in Hillsborough County, a position he held from 2004 to 2008.

He married Toni Lloyd and they had two sons together, Brett and Bradley.

He rose to prominence as a wrestler after a publicized feud with Jesse Ventura in 1979.

Brian Blair Is A Member Of