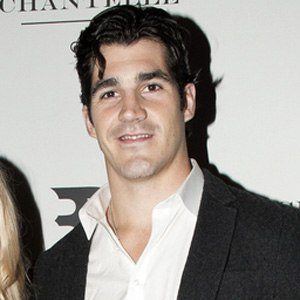 Forward who was named to the NHL All-Rookie Team while playing with the Los Angeles Kings in 2008. He was traded to the New York Rangers in exchange for a 3rd round pick in 2010. He also played for the Tampa Bay Lightning and Toronto Maple Leafs before singing with the New Jersey Devils in 2017.

In September 2017, he was diagnosed with a rare form of leukemia.

He married Lauren Bedford in 2014. He grew up with a younger brother, Timothy, who was drafted in 2012 by the Ottawa Senators.

He scored his first-ever NHL goal against Martin Brodeur on February 2, 2008.

Brian Boyle Is A Member Of