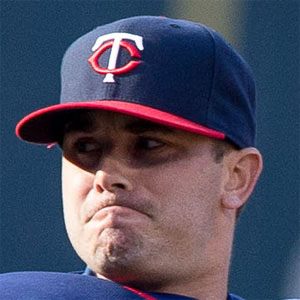 Pitcher who began his major league career with the Minnesota Twins in 2009. With the United States national team, he won a gold medal at the 2007 Baseball World Cup and a bronze medal at the 2008 Summer Olympics.

He struck out a total of 141 batters at Millard South High School.

He led the Nebraska Cornhuskers to the 2002 and 2005 College World Series.

He married a woman named Lisa.

He won an Olympic bronze medal alongside future Nationals pitcher Stephen Strasburg in 2008.

Brian Duensing Is A Member Of