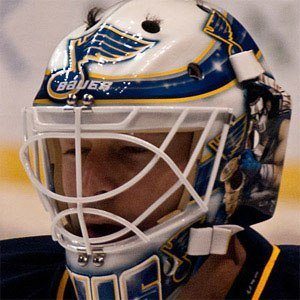 Goaltender who made his NHL debut in 2007 for the Ottawa Senators, later joining the Colorado Avalanche in 2010.

He won a hockey championship at Newmarket High School in Ontario.

He played college hockey at the University of Wisconsin–Madison.

He has a brother named Dan.

Center Jason Spezza was his teammate on the Senators.

Brian Elliott Is A Member Of