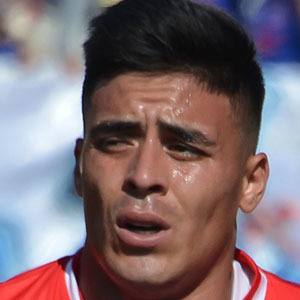 Argentine professional football player who is best recognized for his work as a forward on the Colo Colo club. He is also known for having played with the Portland Timbers and the Necaxa club.

He first started his career playing for the Defensa y Justicia club in May of 2012. He started gaining further attention in 2015 when he played on the Racing Club.

He is also known for having scored in the 2017 Copa Sudamericana in a match against Independiente Medellín.

He shared a photo of his daughter in Metz, France through his Instagram in October of 2017.

He shared a photo with fellow professional football player Lucas Alario through his Instagram in November of 2017.

Brian Fernández Is A Member Of