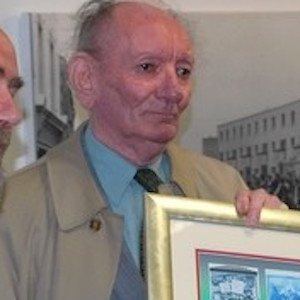 Considered one of the most accomplished playwrights of his generation, he is particularly notable for his 1990 drama Dancing at Lughnasa, which won a New York Drama Critics Circle Award, a Laurence Olivier Award, and several Tony Awards. His other acclaimed plays include Philadelphia, Here I Come!, Faith Healer, Lovers: Winners and Losers, Aristocrats and Molly Sweeney.

Early in his career, he co-founded Northern Ireland's Field Day Theatre Company and opened the company's first season with his 1980 play Translations.

Over a dozen of his plays are set in or near the imagined Irish village of Ballybeg.

The son of Mary McLoone and Patrick Friel, he spent his youth in Omagh, County Tyrone, Northern Ireland. With his wife, Anne Morrison, he raised four daughters.

Friel, who has often been compared to the great Russian playwright Anton Chekhov, actually penned an English-language translation of one of Chekhov's most famous works, Three Sisters.

Brian Friel Is A Member Of