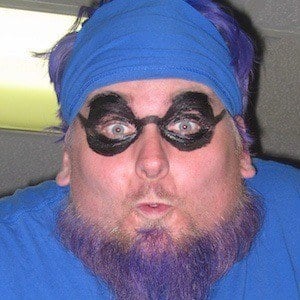 Professional wrestler known for his parody personas in the ECW and WWE in the late 1990s. After spending time as part of the Blue World Order in the ECW, he joined the WWE as Bluedust, were he competed against namesake Goldust.

He started training in 1994 at Al Snow's gym and proceeded to compete on the independent circuit before joining the ECW in 1995.

He's had minor roles in various movies, including The Wrestler and Swamp Zombies. He was also known as The Blue Meanie in his career, and dyed his hair and beard blue.

He and Mike Bucci were both part of the Blue World Order.

Brian Heffron Is A Member Of