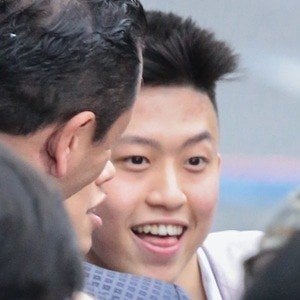 Indonesian rapper and comedian named Brian Imanuel but better known as Rich Brian or Rich Chigga. He found fame on Vine, where his short comedic skits earned him over 60,000 followers. He also runs a self-titled YouTube channel where he has released a number of comedic short films to more than 2.2 million subscribers.

In July 2013, he opened his Vine with the video captioned "I'm can rap mom i swear."

His debut song "Dat $tick" went viral after its March 2016 release; it ranked fourth on the U.S. R&B charts and became certified Gold.

He has a brother named Roy and a sister named Sonia.

He has often performed jokes about numerous other web stars, including Jacob Sartorius and Carter Reynolds.

Rich Brian Is A Member Of