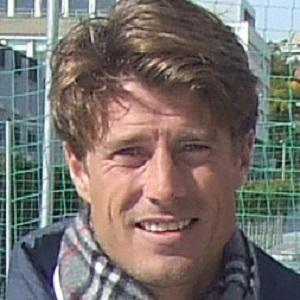 Danish forward who played in the Danish, German, Italian, and Scottish leagues. He won four Danish Footballer of the Year awards and was a member of Denmark's national team from 1987 to 1998.

He began his career in the Danish senior league in 1986 with Brondby, where he won back-to-back Danish First Division titles.

He won the UEFA Super Cup with Chelsea in 1998 and won multiple league and cup titles with the Glasgow Rangers.

He and Christian Eriksen both became members of the Danish national team.

Brian Laudrup Is A Member Of