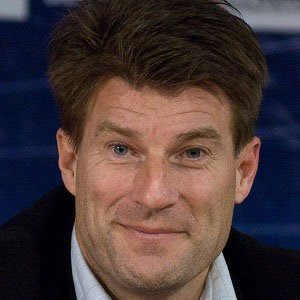 Danish striker who became a fan favorite with FC Barcelona, where he won four straight La Liga titles from 1990 to 1994. He was named Danish Player of the Year in 1982 and 1985.

He joined the Danish national team when he was 18 and soon after became team captain.

His father, Finn, also played for the Danish national team.

He played alongside Edgar Davids on the Dutch national team from 1994 to 1998.

Michael Laudrup Is A Member Of