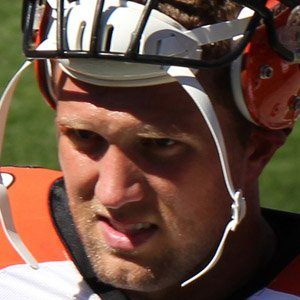 Running back known as a good pass protector and receiver who debuted in the NFL for the St. Louis Rams in 2007.

He played football at New Rochelle High School in New York and led his team to a state title in 2003 as a junior.

He played college football at Rutgers and won the William V. Campbell Trophy, an annual award given to the college football player with the best combination of academics, community service, and on-field performance.

He cited his brother Nate as one of the major reasons he chose to play football at Rutgers.

At Rutgers he played alongside Ray Rice, who went on to become a Pro Bowl running back for the Baltimore Ravens.

Brian Leonard Is A Member Of