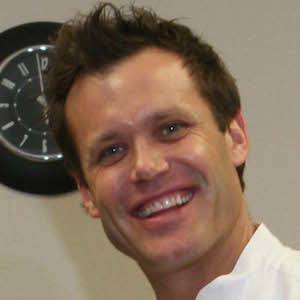 Known for his time as a mentor chef on ABC's reality cooking show The Taste. He has also gained particular renown for his successful founding and operating of a number of high-end restaurants, including Herringbone and Searsucker.

He studied culinary arts at Le Cordon Bleu in Portland, Oregon. He then worked in a variety of different positions at various high-end restaurants across Los Angeles.

He was a finalist on the reality series Top Chef during its 3rd season. In 2012, he released his debut cookbook, Come Early, Stay Late.

He was raised on a ranch in Bend, Oregon.

He appeared as a judge on ABC's The Taste alongside Anthony Bourdain.

Brian Malarkey Is A Member Of