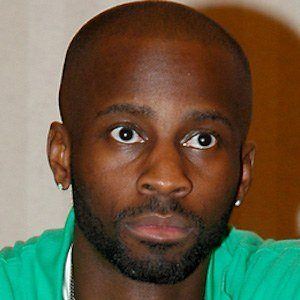 Known for his prolific career in both record producing and songwriting for various high profile artists, including Mariah Carey and Usher. He has been honored with the Guinness World Record for the longest consecutive period of chart success after spending 5 years continuously on the Billboard music charts.

He attended Clark Atlanta University to break into the Atlanta music scene. His first job in the music industry was as an intern at Noontime Records.

He received a number of honors from Billboard for his success during the 2000s, including being named as one of their top 10 producers of the decade. In 2009, he was inducted into the Georgia Music Hall of Fame.

He attended college due to his mother's wishes that he do so.

He was high school classmates with Beyonce. He became a producer for Destiny's Child as a result prior to their signing with Columbia Records.

Brian-Michael Cox Is A Member Of