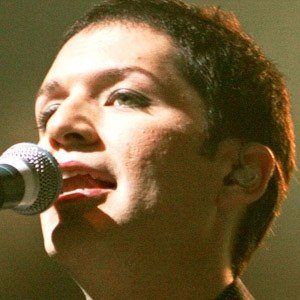 Androgynous musician best known as the lead singer of the rock band Placebo. He is known for his nasally high-pitched vocals his considerable influence from Sonic Youth.

He has performed with The Cure.

He has a child, Cody, with his former girlfriend Helena Berg.

He collaborated with David Bowie on the song "Without You I'm Nothing."

Brian Molko Is A Member Of