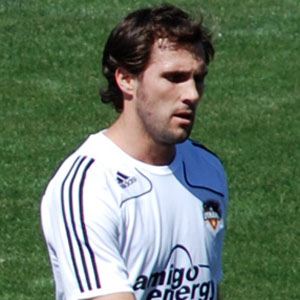 American midfielder who won his fifth MLS Cup with the Colorado Rapids in 2010. He was a member of the United States national team from 2004 to 2007.

He won the MLS Supporters' Shield award in 2002 and 2005 with the Galaxy and Earthquakes, respectively.

He had two children, Brady and Keagan, with his wife Kersten.

He played with Landon Donovan on the United States national team from 2004 to 2007.

Brian Mullan Is A Member Of