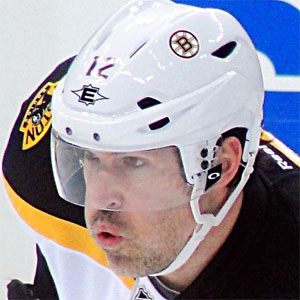 Known for a good slapshot that he used in a variety of unorthodox situations, he won a Stanley Cup in 1994-1995 with the New Jersey Devils.

His brother Ron Rolston signed on to coach the Buffalo Sabres in 2013.

Brian Rolston Is A Member Of