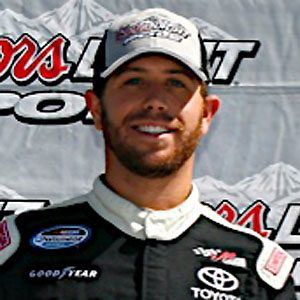 American race car driver who began his NASCAR career in 2007.

He began racing competitively at the age of 12.

His father J.B. was the owner of the NASCAR Camping World Truck Series team Xpress Motorsports.

He was released from JGR racing when they signed Elliott Sadler in 2012.

Brian Scott Is A Member Of