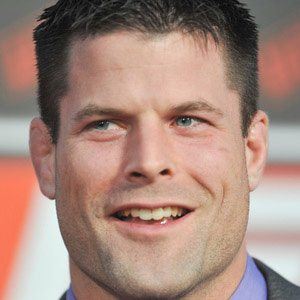 He started fighting professionally while still serving duty for the Marine Corps.

He won a the Light Heavyweight championship in World Extreme Cagefighting before making the jump to UFC.

He has two daughters with his wife Teressa.

He lost via second round knockout to Wanderlei Silva on March 3, 2013.

Brian Stann Is A Member Of