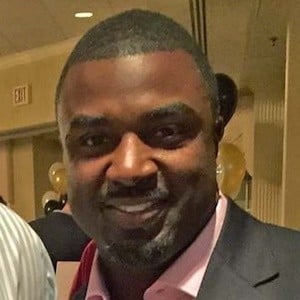 Former star running back for the Philadelphia Eagles. He was a two-time Pro Bowl selection who helped lead the team deep into the playoffs on numerous occasions.

He played football for Villanova, amassing an NCAA record 9,512 all-purpose yards during his four years.

Becoming the Eagle's primary weapon in 2004, he set the franchise record in yards from scrimmage and touches, and led all NFL running backs in receptions, receiving yards, and touchdowns.

His younger brother Byron also played in the NFL, and several other relatives played college football.

Lesean McCoy replaced him on the Eagles after his retirement, becoming a great running back in his own right.

Brian Westbrook Is A Member Of