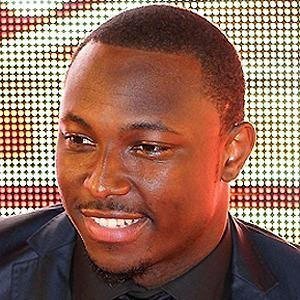 Star NFL running back known as "Shady" who set the Philadelphia Eagles' single-season touchdown record with 20 in 2011 and also became the franchise's all-time leading rusher. He led the NFL in rushing in 2013 with 1,607 yards and he was named the 2013 NFC Offensive Player of the Year. In 2015, he was traded to the Buffalo Bills.

He was named to the Freshmen All-American team while playing at the University of Pittsburgh and led the Panthers with 23 rushing touchdowns in his sophomore season.

He replaced Brian Westbrook as the Eagles' running back.

His older brother LeRon McCoy played for 3 NFL teams, including the 49ers. He has a son named LeSean Jr.

He and Michael Vick both joined the Eagles in 2009.

LeSean McCoy Is A Member Of