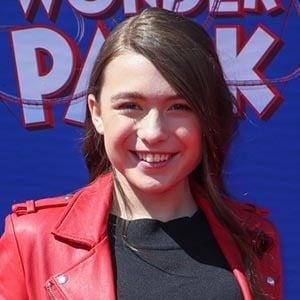 One of the leading voices of the Paramount animated film Wonder Park who had previously been seen in the Lifetime movie Wishin' and Hopin'.

Growing up, she loved the movies Cats and Fantasia. She performed in a production of Nutcracker Suite as her first stage experience. She was previously a dancer.

She was cast in the leading role of Annie, Jr. and as Tammy Mara in a production of Miracle on 34th Street.

She and Mila Kunis both lent their voices to the film Wonder Park.

Brianna Denski Is A Member Of