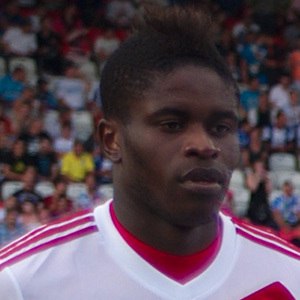 French-Congolese professional football player who is known for his work as a goalkeeper for the Ligue 1 club Caen. He is also known for having played on the Marseille club and the Nancy club as well.

He first started his youth career in 2001 when he played for Pacy Vallee-d'Eure. He then joined the Madeleine Evreux club in 2002. In 2006, he joined the Le Havre youth team and in 2011 he began his senior career for the club.

He made his professional debut with the Marseille club in January of 2014 in a Coupe de France match against Stade de Reims.

He was born and raised in Linzolo, the Republic of the Congo.

Saif Khaoui has also played for the French club Caen.

Brice Samba Is A Member Of