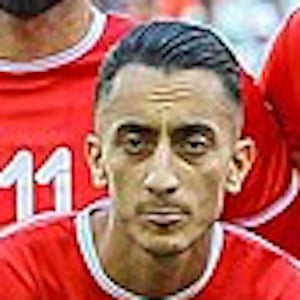 Professional football player who is known for his work as an attacking midfielder for the Caen FC on loan from the Olympique de Marseille II. He is also known for having played for Tunisia's national team as a midfielder as well.

He first began his youth career playing for the Tours academy in the Ligue 2. He made his senior debut with their B team in 2013 and eventually moved to the Marseille club in 2016. In 2018, he made his debut with the Tunisia national team.

In May of 2018, he was named as part of Tunisia's preliminary 29 man squad for the FIFA World Cup in Russia. He was later selected as part of their final 23 squad as well.

While he was born and raised in France, his parents are from Tunisian descent which allowed him to play for their national team.

Saphir Taider has also played for the Tunisian national team.

Saif Khaoui Is A Member Of