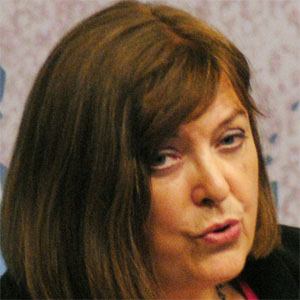 English correspondent for radio and television who has worked for BBC since 1983 and received the James Cameron Award for journalism in 1992 making her the first woman to do so.

She spent two years studying in Russia on British Council scholarships in 1977 and 1982.

She speaks fluent Russian and interviewed Russian leader Vladimir Putin live from the Kremlin for a 2011 webcast.

She married television journalist Nick Worrall in the early 1990s but they later divorced.

She hosted an event for the BBC with former Soviet president Mikhail Gorbachev.

Bridget Kendall Is A Member Of