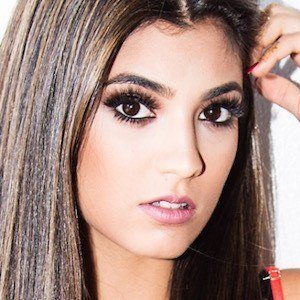 Rising pop singer who released singles called "Do That For Me" and "Give You Up."

She posted covers of songs by artists such as Justin Timberlake, Rihanna, Miley Cyrus and Katy Perry to YouTube.

She attended the Cosmopolitan Emerging Designer Fashion Show in 2015.

She is from Miami and has worked out of Los Angeles and New York. She is an only child.

She was featured in Austin Mahone's "Say Somethin'" music video.

Brie Angellina Is A Member Of