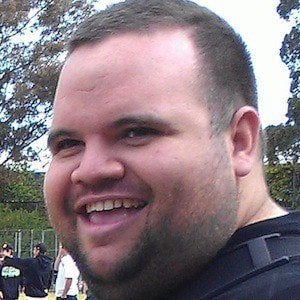 Rapper and CEO behind the Aboriginal music label Bad Apples, created to create opportunity for emerging Aboriginal and Torres Strait Islander artists. He released his debut EP in 2009, Homemade Bombs, followed by the albums The Blacklist and Sheplife.

Prior to his hip hop career, he briefly played guitar in a punk band, paying the bills through his job as a security guard.

A self-proclaimed comedian, he became a writer for the second season of the Australian series Black Comedy in 2016.

A member of the Yorta Yorta Aboriginal people, he has the name of his tribe tattooed to his forearms. His daughter was born in August 2012, though he and her mother were separated by 2014.

He has toured throughout Australia supporting internationally renowned artists like Ice Cube and Ghostface Killah.

Briggs Is A Member Of