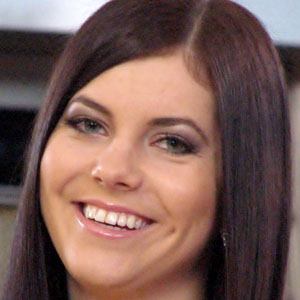 Winner of the first Estonian Idol contest and who represented Estonia in the Eurovision Song Contest 2013 with "Et Uus Saaks Alguse."

She received the Golden Olive Branch Award at the Italian culture festival, L'Olivo d'Oro, in 2007.

She has acted in a number of plays, including Two Gentlemen of Verona and The Sound of Music, the latter of which featured her in the lead role.

Her mother was a singing teacher.

She and Eda-Ines Etti have both represented Estonia in the Eurovision Song Contest.

Brigit Oigemeel Is A Member Of