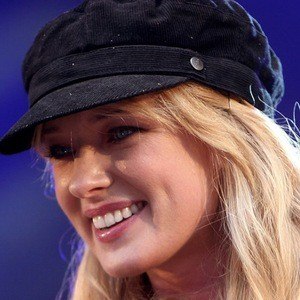 Pop artist who won her second Female Artist of the Year Award for "15 magamata ood" at the 2006 Estonian Music Awards.

She performed in her first televised singing competition in 1999 at the age of eighteen.

She twice represented Estonia in the Eurovision Song contest, placing second and fourth.

She was born to a small family in Haapsalu.

She earned a fourth place for Estonia in the 2000 Eurovision Song Contest, which was two spots better than Evelin Samuel in 1999.

Eda-Ines Etti Is A Member Of