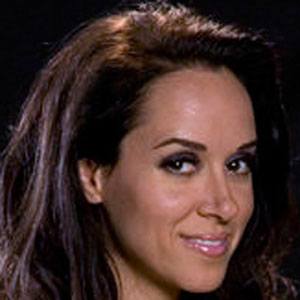 Canadian-born screen actress best known for her role on the 1990s Showtime series Red Shoe Diaries. Her film credits include Strange Days with Ralph Fiennes and One Good Cop with Michael Keaton.

After training as a ballerina, she began performing as an actress with the Canadian National Shakespeare Company.

She was nominated for a Genie Award for her work in the 2002 film Saint Monica.

She grew up in Montreal, Quebec as the daughter of a Jewish Holocaust survivor.

She shared the small screen with X-Files star David Duchovny in both The Red Shoe Diaries and Californication.

Brigitte Bako Is A Member Of