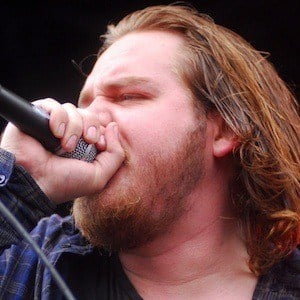 Frontman of the Florida-born metalcore band Wage War. The band released their debut album Blueprints which topped out at #3 on the U.S. Heatseekers chart in 2015.

He joined Wage War in 2013 when he met existing guitarists Seth Blake and Cody Quistad. Not long after the rest of the band fell into line and they began building a community.

In 2016, it was announced that Wage War would join the Desolation Of Eden Tour.

Though on tour at the time, he wished his girlfriend Sarah Merritt a Happy Valentine's Day for the holiday in February 2016.

Briton Bond Is A Member Of