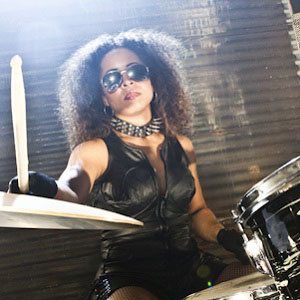 American musician who is best known for playing drums for Scarlet Fever, the all-female backing band that accompanies CeeLo Green on tour.

She played snag drum in her high school's marching band before moving to Los Angeles.

She has performed on The Tonight Show, BBC Radio, and Saturday Night Live.

She has an older brother named Chad.

Brittany Brooks Is A Member Of