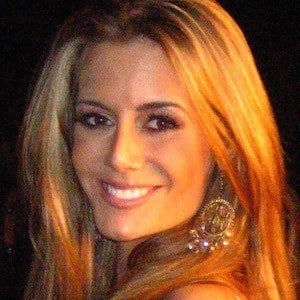 Model known for more than eight years of print and runway experience, she has modeled for Vogue, GQ, Seventeen Magazine, and Yves Saint Laurent throughout her long and illustrious career. She was also named the face of the John Frieda Go Blonder Campaign in 2010.

She began modeling at sixteen and soon after claimed the title of Teen Model of the USA. She was later crowned Miss Indiana USA in 2008 and placed 7th in the overall Miss USA pageant.

She studied acting at the Lee Strasberg Institute and went on to make appearances in Two and a Half Men, CSI: NY, and Dexter. She also appeared in the Oxygen series the Face in 2013.

She was joined on the Face by fellow models like Naomi Campbell, Karolina Kurkova, and Coco Rocha.

Brittany Mason Is A Member Of