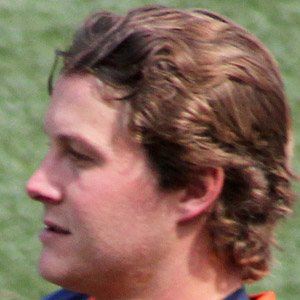 Punter who made his NFL debut in 2009 for the Denver Broncos.

In 2011 he recorded the fifth highest single-season yardage for a punter, with 4,783.

His father, uncle, and brother all played in the NFL as well.

His numbers dropped notably in 2012, because the Broncos acquired Peyton Manning and didn't have to punt nearly as much.

Britton Colquitt Is A Member Of