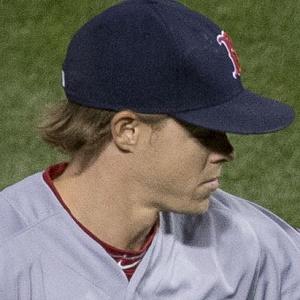 Infielder who made his MLB debut on September 1, 2012, for the Pittsburgh Pirates. He began playing for the Boston Red Sox in 2013 and won a World Series title with the team in 2018.

He transferred from Navarro College to baseball powerhouse Rice University in 2009, and that season he hit .348, prompting him to be selected in the 9th round of the 2009 MLB Draft.

On September 4th, 2012, against the Houston Astros, he became the second Pirate in over a century to record a four-hit game within his first four MLB games.

As a rookie for the Pirates, he was managed by Clint Hurdle.

Brock Holt Is A Member Of