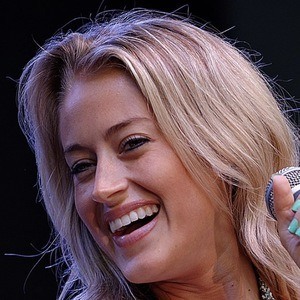 Country singer best recognized for her debut single "American Dreaming," followed by the hit "Daddy's Money." She also released her self-titled EP in 2014. She followed it up with an EP titled Welcome to the Weekend in 2016.

At the wee age of five, she realized singing was her calling. Then, in 2008, she auditioned for the seventh season of American Idol, failing to secure a golden ticket. She then spent several years moonlighting as a bartender.

While attending the University of Florida, she performed at Gator Growl, opening for rock legend Lynyrd Skynyrd. Her Instagram has amassed over 50,000 followers as a result of her musical fame.

Her father was a drummer and singer for a country band and she grew up sitting in on their rehearsals.

She was only thirteen when she opened for country stars like Alan Jackson and Brooks & Dunn.

Brooke Eden Is A Member Of