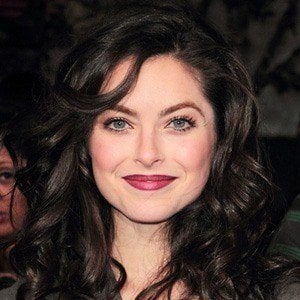 American actress who has played roles in both film and television including the role of Peach Landis in the television series 2 Broke Girls.

She suffered from scoliosis as a child which stopped her from her dreams of becoming a dancer for which she was studying at multiple dance schools.

She founded the Connecticut Scoliosis Association and released a book titled Scoliosis: Ascending the Curve in 1999.

She was born to Penny and James R. Lyons M.D.

She has co-starred with Kat Dennings in the television show 2 Broke Girls.

Brooke Lyons Is A Member Of